How Do I know If I Or A Loved One Has A Problem With Alcohol?

Family Addiction Specialist Blog How Do I know If I Or A Loved One Has A Problem With Alcohol? 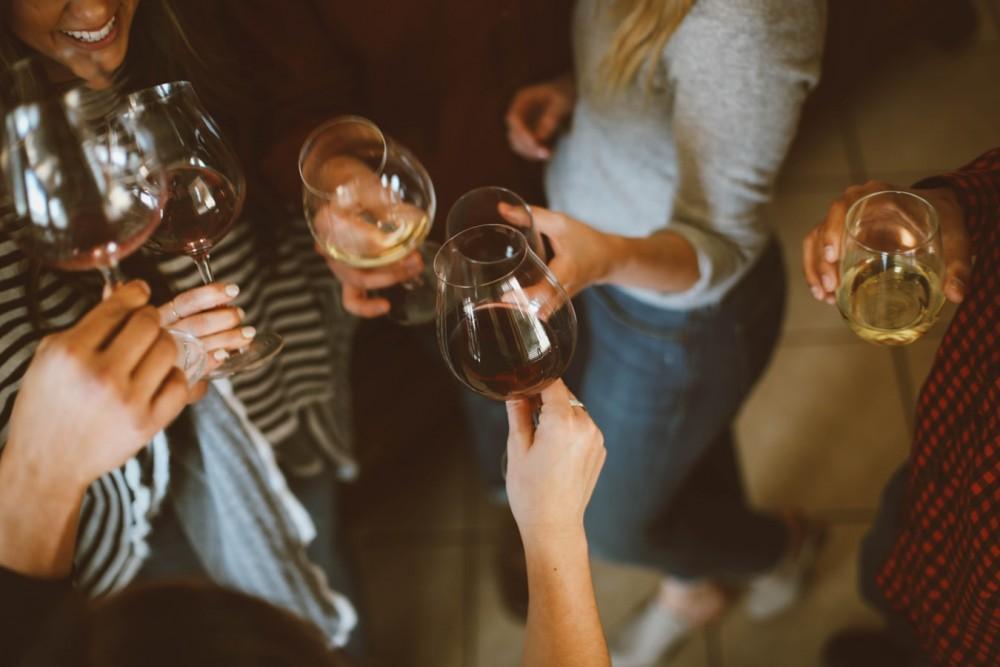 People often ask how to tell if they or a loved one has a problem with alcohol.  Well, for starters, if one is asking this question, there is probably a problem.  Your average social drinker or your average “I enjoy a glass of wine with dinner” drinker usually does not have to question themselves if they have an unhealthy relationship with alcohol.  Once one starts questioning this relationship, it generally means that deep down they know there is some kind of problem.

Having a problem with alcohol does not mean you’re an alcoholic.  The term “alcoholic” can be a stigmatizing word for various reasons.  When one thinks of an alcoholic, they generally think of a homeless person with poor hygiene, stumbling and mumbling drunk, someone who can’t hold a job, etc.  Using such a stigmatizing word can stop an individual and their families from seeking professional help, as there are many “high functioning alcoholics” who can function relatively well in terms of important areas such as career or relationships, but this does not mean that they don’t have a problem with alcohol.  Furthermore, once an individual is in recovery labeling themselves an alcoholic can impact them negatively by sending themselves a message that they are permanently defected.

While certain mutual-help groups and other forms of treatments encourage individuals to identify themselves as an alcoholic as a means to be honest with themselves and others and as a form of humility, there are many professionals in the field who refrain from using such stigmatizing labels.  For mental health professionals, individuals who have a problem with alcohol are diagnosed with “Alcohol Use Disorder” (AUD).  This diagnosis is based on a host of criteria formulated in the Diagnostic and Statistical Manual of Mental Health Disorders (DSM) by the American Psychiatric Association (APA).  The DSM (currently the 5th edition aka DSM-5) is the bible, if you will, of classifying mental health disorders in the United States.  In non-clinical settings, such as twelve-step self-help groups, the term “alcoholic” is regularly used, and is even encouraged.  Identifying as an alcoholic is subjective and is used at the discretion of the individual identifying as such.

That being said, having a problem with alcohol does not necessarily mean that an individual is an alcoholic or would be diagnosed with an Alcohol Use Disorder by a mental health professional.  According to the DSM-5 and the APA, an individual must have at least 2 of 11 symptoms (see symptoms at the end of the article) present to meet the criteria of having an AUD.  Furthermore, AUD is on a spectrum of mild (2-3 symptoms present), to moderate (4-5 symptoms present), to severe (6 or more symptoms present).  It is imperative that individuals do not self-diagnose, and that they seek out a mental health professional if they feel that they may have a problem with alcohol.  It’s common for individuals to minimize their current drinking behavior and its consequences and/or wait till they face more severe alcohol related challenges, so we often encourage individuals to seek out help as soon as they notice something awry with themselves or a loved one.

So, how can a person have a problem with alcohol but not be an alcoholic or be diagnosed with an AUD?  Simply put, their relationship with alcohol is unhealthy and/or problematic but does not necessarily meet the criteria for a diagnosis.  For example, there is nothing wrong with being a social drinker.  There may however be a problem if an individual is dependent on alcohol to socialize.  We live in a society where social gatherings, be it a business meeting or family gathering, tend to revolve around alcohol.  If an individual finds that they are unable to socialize without consuming alcohol, or if they feel uncomfortable around other people without consuming alcohol, this is a sign of a problem.  It does not necessarily mean that the individual is an alcoholic or has a substance use disorder, but it does mean that the individual could use some skills in socializing.  It also may be a sign that the individual has another issue such as social anxiety.

Another example of such an individual might be a person who does not have any negative consequences in their life from alcohol, but continues to drink alcohol despite being on medications with which their doctor tells them to not drink, or a physical health problem with which they are not supposed to consume alcohol.  Or another example of a problem drinker might be someone who always turns to alcohol as a means to cope with stress, anger, sadness, or just to relax and unwind at the end of the day.  If the individual feels that they need alcohol to cope with these issues or to unwind, this is a problem.

Individuals who sometimes fall into this grey area of having a problem with alcohol but not severe enough to be diagnosed or coined an alcoholic are termed “problem drinkers.”  More often than not, problem drinkers are more apparent to others than to themselves, especially in social situations. Problem drinkers often believe they are “just having fun.”  A problem drinker may experience minor alcohol related consequences such as being hungover the next day from consuming too much alcohol, or more serious problems such as blacking out when they drink or a DUI.  If enough problems are surfacing from consuming alcohol, and the individual continues to consume alcohol despite continued negative consequences from alcohol, they have probably crossed over from being a problem drinker to having an AUD.

Some signs of problem drinking may include slurred speech, inability to remember what had occurred during drinking, constantly becoming angry, aggressive or sad when under the influence of alcohol, or struggles to control the amount of alcohol consumed.  The line between problem drinking and alcoholism is generally crossed when the individual faces repeated negative consequences from alcohol that impact their overall quality of life, yet continue to drink in spite of those consequences.  Furthermore, alcoholism is pervasive and uncontrollable.

Some ask why an individual would allow their alcohol problem to get so severe and out of control.  After all, alcoholism is a chronic and progressive problem that does not develop overnight.  The answer comes down to human nature, and centers in the human brain.  As humans, our bodies and minds are naturally inclined to want to experience pleasure and minimize pain.  Alcohol, along with other addictions such as drugs, sex, gambling, gaming, technology or food tend to do a good job of bringing about pleasure as well as reducing both physical and emotional pain.  Our brains do a good job of figuring out what that activity or substance is that releases pleasure and minimizes pain, and craves more and more of it.  As the individual continues to engage in their addiction, they will do whatever it takes to maintain that addiction (i.e. maintain pleasure and minimize pain), including being in denial to themselves that they have a problem.  As such, many people tend to overlook or not know that they have a problem with alcohol until they are deep into their addiction.  Also, when an individual is able to maintain financial status, career, family, romantic relationship (although others may notice signs of impairment), it’s much easier to overlook alcoholism, and view it as “those” people’s problems, and not of their own.

In the past year have you:

Alcohol abuse and withdrawal from alcohol is extremely dangerous, and can be deadly.  If an individual feels that they have a problem with alcohol, they should seek out a mental health professional who specializes in addiction immediately, or call 911.  Individuals may do a Google search for a professional in their area, or call the Substance Abuse and Mental Health Services Administration (SAMHSA) at 1-800-662-4357 for 24/7 confidential support and treatment referral in their area.

For more information or to inquire about our private executive services please contact our undisclosed office location in the Upper East Side of New York City today at (929) 220-2912. 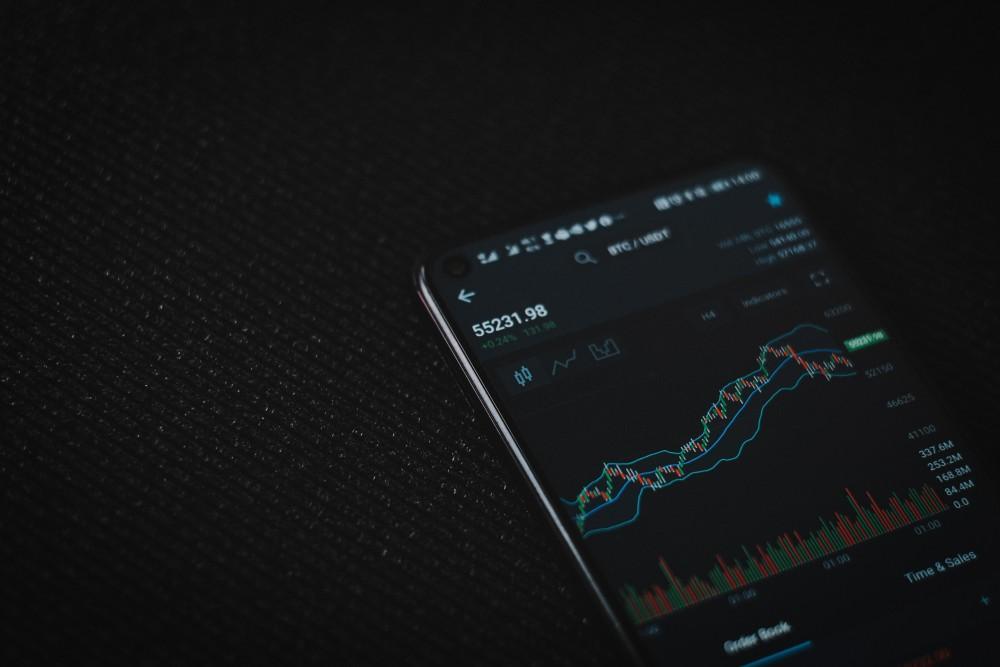 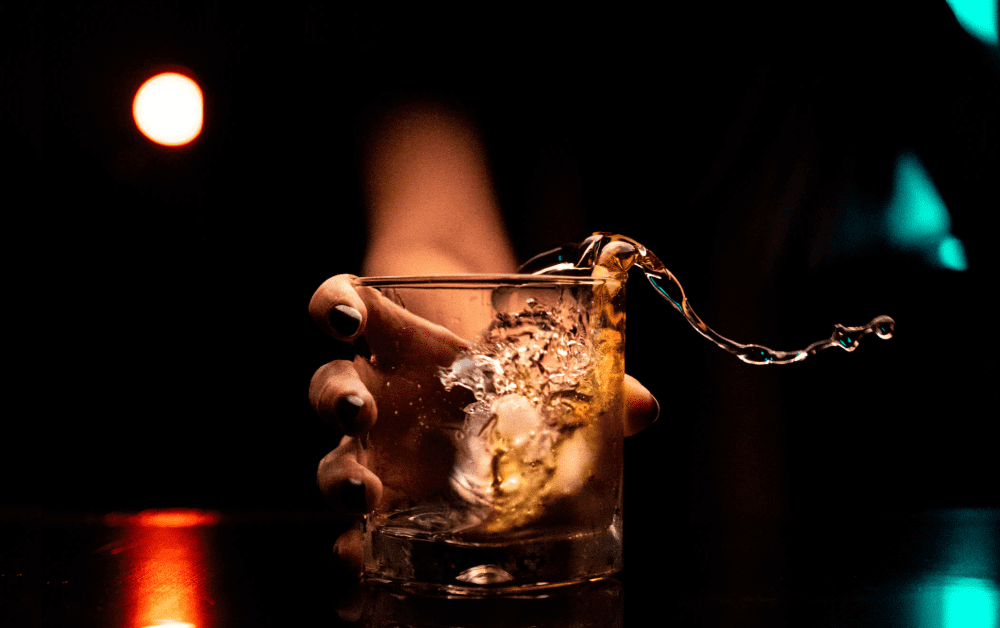 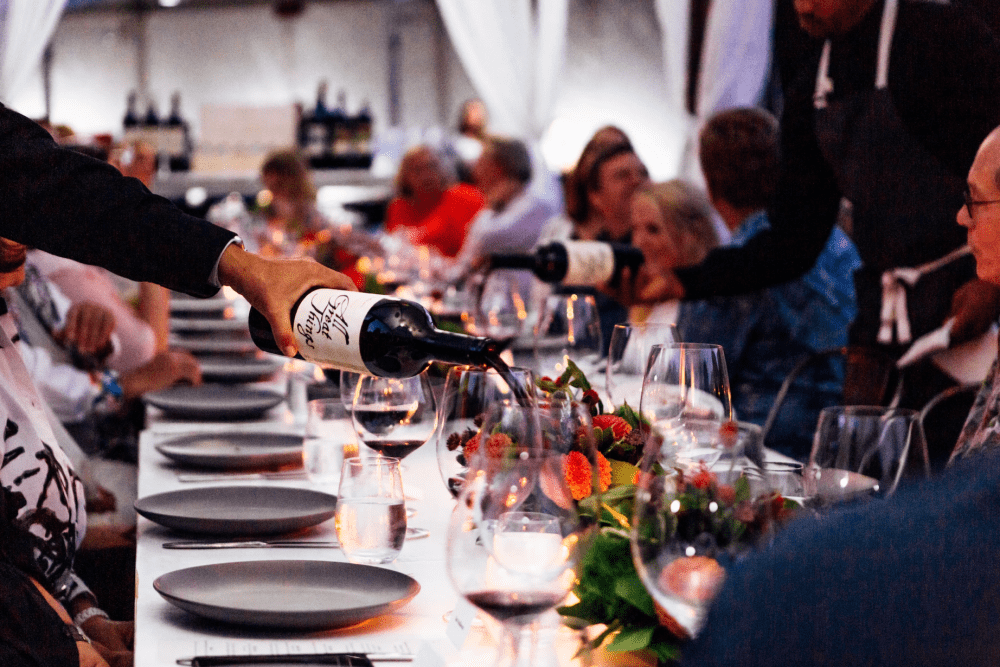 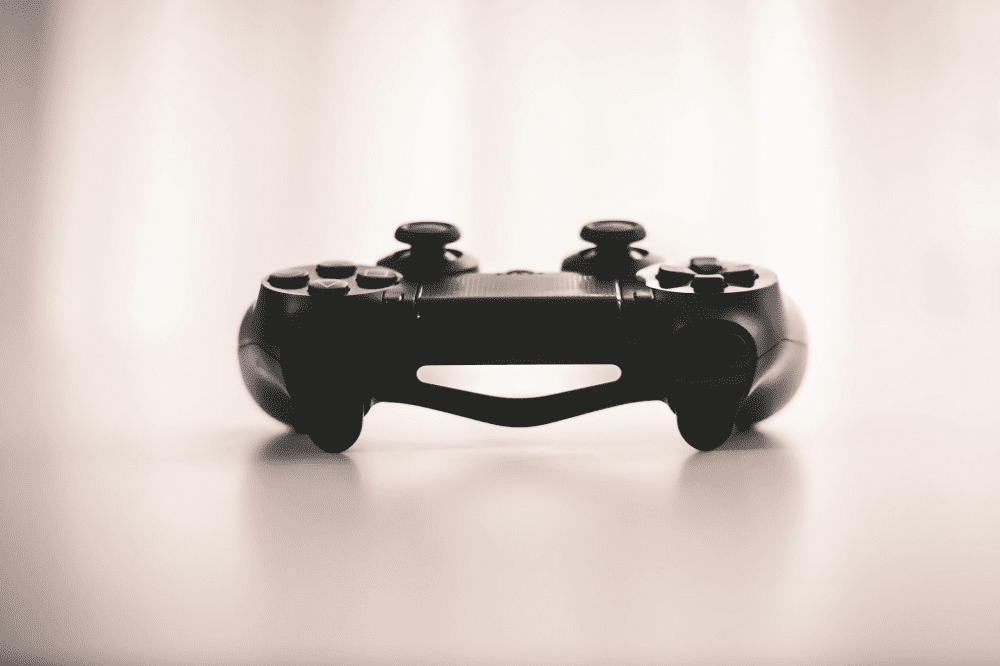 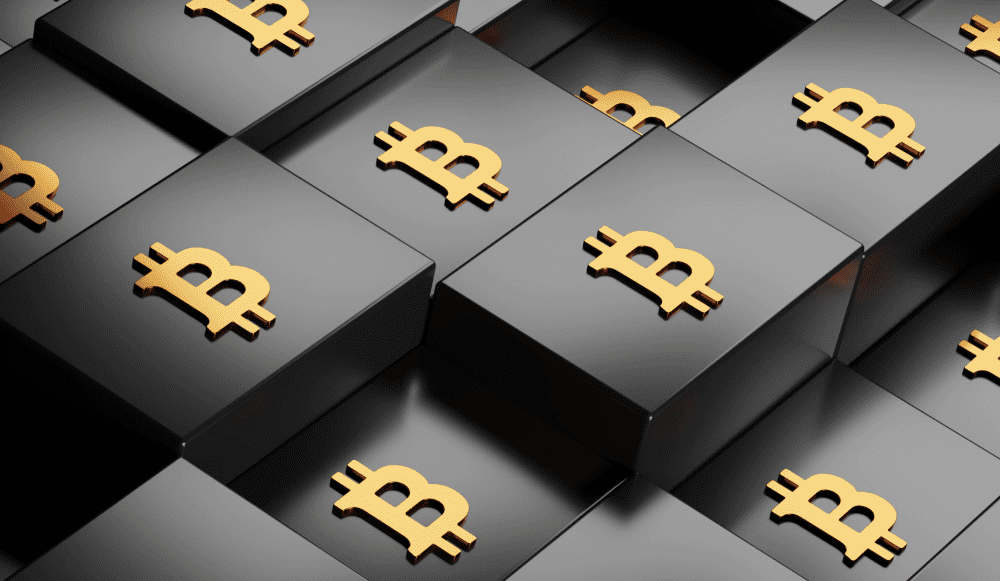 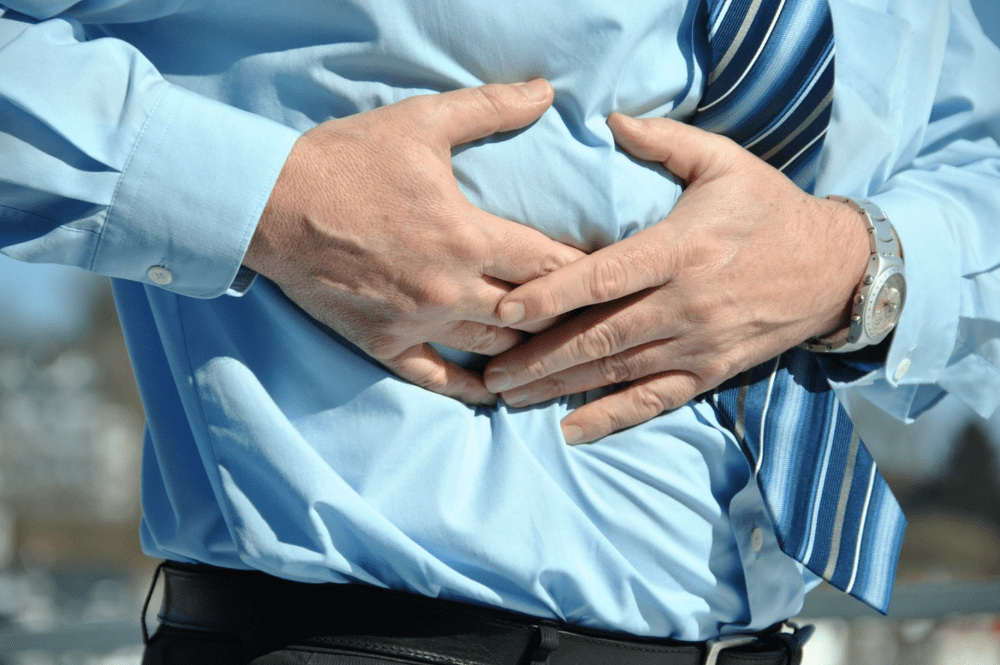